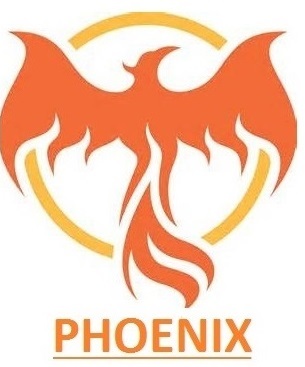 Phoenix is a defencive group (Not offence) group that will greatly improve your science, coding, technology and combat skills. Phoenix has lots of rules. Being apart of PHOENIX includes analysing blood (yes blood), inventing things, fighting and more! In the combat department there are missions, missionsare usally gathering infomation on others or going into a fight but you will not engage a target unless engaged. PHOENIX is seperated into 5 departments.

Now then, lets go through some of the majour rules. Breaking rules can sometimnes be a great deal for PHOENIX. It makes PHOENIX exposed to the world and allows some other groups to track us down. In my school I know of another group. I do not know the name but I know of their talented people, like extreme coders. This is a threat and breaking the rules could easily spread out to the world. Here are the rules.

That should make stuff clear... After the - is the punishments. Below this text is the links to different websites which include the departments. Good luck all PHOENIX members, make the future possible.